The lineup Mike Matheny has been using lately with some regularity looks about as good as it can right now, and barring some major miracle, these are the pieces St. Louis will put forth in the battle for the Central Division. Lack of offense notwithstanding, taking 2 of 3 from Milwaukee was a good step in the right direction but no matter how many runs they score, if the Cardinals don’t get solid pitching down the stretch their chances will be slim.

Yadier Molina is still eyeing a September return, but for now the task of handling the pitching staff falls on the shoulders of Free Agent signee A.J. Pierzynski. A.J. is the kind of guy you love to hate, especially when he’s on the other team, but since joining the Cards the 35-year-old back-stopper has done a pretty good job filling in. Nobody can replace what Yadi does for this team, but the Cardinals could do much worse (Tony Cruz) on a daily basis than Pierzynski.

Ace Adam Wainwright has given up 11 earned runs in his last 16+ innings of work and with Michael Wacha just now starting to throw again and still on the DL, the rotation is adjusting to the additions of Justin Masterson and John Lackey.

Both veterans picked up wins in their Cardinals debuts, though in opposite fashion. Masterson labored through six innings giving up 5 earned runs and walking 3, but was the beneficiary of a sudden surge by the offense. Lackey threw 7 strong frames Sunday allowing just 2 ER and striking out 4 in a one-run Cardinals win.

Lance Lynn seems to have settled into the #2 slot behind Waino though he’s struggled with his control this season. He’s also had a bit of bad luck in that the Cardinals aren’t scoring runs behind him (or anyone very often, for that matter.) Lynn has only allowed 3 earned runs in his last 3 starts but is just 1-2 in those games, in which St. Louis has only scored 4 runs of their own.

Shelby Miller has made enormous strides in his last two starts, and the difference lies in one immediately obvious fact: he has thrown more curveballs in that time than in most of his previous starts combined! That may be a slight exaggeration, but the youngster has relied far too heavily on his fastball this season, and a Major League starter cannot throw only one pitch.

Whatever the motivating force behind Miller’s decision to finally start trusting his breaking-ball, it’s working for him. Prior to last week’s win in Sand Diego, Miller hadn’t lasted at least six innings since June 19, a game in which he labored. Now he’s gone 6+ (7 last night) innings in two consecutive starts and that bodes well for the Cardinals and their chances for post-season success.

Miller will likely stick in the #3 spot if he continues to pitch this way, but the new faces provide St. Louis with options for a playoff rotation that should keep fans from panicking, even in light of Wacha’s questionable return. Lackey seems to be the most likely to join the top four, with his experience and competitive spirit.

Masterson, the other newcomer to the staff, will likely be starting games down the stretch with Wacha (hopefully) easing his way back into live innings, but Justin needs to get his accuracy under control if he plans to contribute more than long relief. Wacha should also be a middle-innings guy out of the pen upon his return. My playoff rotation would then look like this: Waino-Lynn-Miller-Lackey.

I’ll be back tomorrow with some thoughts on the Cardinals bullpen, bench, and perhaps my final opinion on whether they have what it takes to legitimately make a run at another championship in 2014.

Error: Twitter did not respond. Please wait a few minutes and refresh this page. 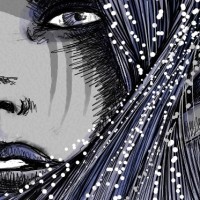