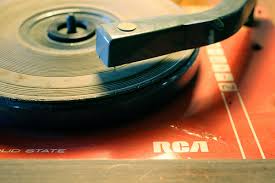 I’ve been in a music listening frenzy lately, following the release (and my discovery, which is usually much later than the actual release) of Rolling Stone’s list of the 50 Best Albums of 2013. The #1 was, incidentally, Vampire Weekend’s ‘Modern Vampires of the City,’ which I think is a fantastic album.

I made it a point to listen to as many of them as I could and discovered a plethora of new ear-candy, new to me anyway. I love music and I love lists, so this was a little slice of heaven for me. It definitely played a part in my creation of the soundtrack I mentioned in my last post, the one that I can hear accompanying my unwritten screenplay. That music in turn prompted me to sift through my own collection of music which brings me to today’s topic. My favorite band of all-time, hands-down: Pink Floyd.

I’m 41, I didn’t grow up listening to Floyd, per se, though I did experience a LOT of music from the 1960’s & ’70’s as a kid thanks to my dad, who at one time possessed an enormous collection of vinyl stretching across about 4-decades of music, mostly Rock-n-Roll, but generously peppered with all genres. I remember him playing albums in the house, often downstairs when he and his buddies would get together to shoot pool and hang out, something I was lucky enough to repeat when I was in high school. 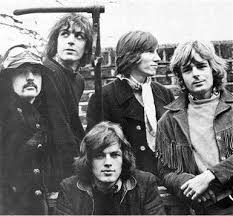 I don’t think he played them overly much but something about Pink Floyd stuck with me and once I hit my late teens and then later in college, their music became my go-to, chill-out standard. I’ve listened to and own most of their albums, the ones that’ve been remastered onto CD’s anyway, from the early Syd Barrett days of The Piper at the Gates of Dawn, through the addition of David Gilmour, the rift with and departure of Roger Waters, all the way to The Division Bell, their last studio album, released in 1994.

My favorite period of Floyd music came from around the time I was born, the early 1970’s. I never was enamored of the heavy-psychedelics of their earlier works, though I’ve certainly indulged in that sort of entertainment, ahem, but that’s probably for another story. Maybe it’s why my dreams are always in color? Kidding, digression. Listening to Floyd last night made me ask myself about the “best” of all their albums, and while it’s a close call, my post today is to voice my opinion that the best, most definitive Pink Floyd album, the one I would play for someone who’d (gasp!) never heard them before, would be Wish You Were Here.

Wish was the follow-up to what might actually be my favorite Floyd album, Dark Side of the Moon. The two could very easily be interchanged in my personal 1-2 classification here, and probably will be depending on which I’ve most recently listened to. Wish happens to be what’s playing in the car right now, so I’m rather high on it. Figure of speech, but who wouldn’t want to be actually high and listening to it in the comfort of their own home, am I right?

The rolling, spine-tingling, goose-bump generating ‘Shine on You Crazy Diamond‘ is the highlight of the album, framing the middle tracks perfectly in a tribute to Syd, creating a full composition of sound, much like Dark Side did, rather than simply a playlist of songs. That’s something that we lost from music, to a degree, with the advent of digital distribution, whether on CD or via the internet.

Single’s dominate downloads, and I know I have TONS of CDs that I bought because of one, maybe two songs, but the rest are always skipped through. I had a very brief moment with vinyl, but the idea of stories being told through an album is very appealing to me. Consider classics like The Who’s Tommy, or even contemporary releases such as Wincing the Night Away by The Shins.

There wasn’t any deep underlying purpose to this post, other than to share some of my favorite music with anyone who comes along to read it. Seriously, if you’re not familiar with Pink Floyd, give either of those two albums a listen, and let me know what you think. Totally disagree with me about the “best” of their work? Let me know in the comments below what your choice would be and why. Thanks again for reading.